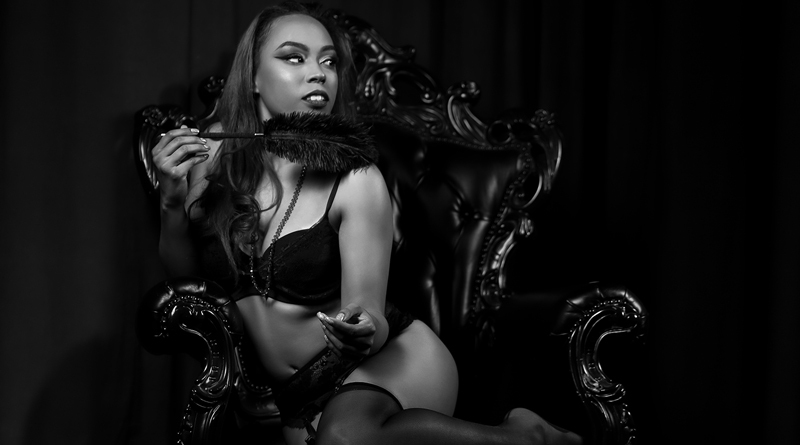 Role-Playing in the Bedroom

“Are you ready to play with-“

Unfortunately, there are no other words uttered, both of you falling into fits of laughter as the spell breaks. The unfamiliar feeling of role-playing has fully taken over the scene you had set up. After you both try to refocus, continuing may seem near impossible. Is it ruined now that we broke character, or is role-playing not for us? In the end, many miss the primary point of role-playing with your partner: The fun.

Role-playing with your partner is when one, or all parties act the part of a character during sexual acts. Some scenes and

roles are ones many are familiar with: Maid and employer, a college student and teacher, or even simply the act of two strangers meeting. This entices your imagination and puts you in a scene you are not normally in. Whether it’s to explore your creativity, or spicing things up, role-play is for anyone who wishes to partake. It is an opportunity to engage in a way you would not normally, or to act in a way you may have only imagined but never practiced. No matter the case, there are a great many benefits to role-play in the bedroom. Even if it’s just the opportunity to disconnect from the stresses of your life and the world around us.

Role-play is not about the perfect performance

Do you feel as though you cannot commit to a character or role in the bedroom? This is not uncommon for those looking to integrate role-play into their sex life! Some are deterred from giving role-play a try because they believe that unless you are an actor, you cannot role-play. Many are afraid they will ruin the scene with their partner or will feel embarrassed or silly if they break character. Sex itself will be messy, silly, sticky, and dirty at times, so why do we often avoid new experiences because we worry we won’t perform the way we imagined? The adventure of sex and exploration with our partners is something you do not need to shy away from. In fact, ‘ruining’ a scene may provide just as much to the experience as perfect delivery.

Laughing and enjoying the fun of an attempted role-play is something I have found to be a beautiful way to connect. Whether you are good at keeping character, or not, working with your partner to integrate something meant for both of your pleasure is key. Role-play, like other aspects of sex, must be fun and enjoyed. So even if your role-play leaves you both in a fit of naked laughter in each other’s arms, it has been worth it.

Toys to help with role-playing

After you have discussed your interest in role-playing with your partner and what scene you will try, what do you do next? Finding toys or props that assist with getting in character helps set the scene. Whether it’s an outfit you would not normally wear, or a place you don’t normally have sex in. Some of my personal favorites are the following:

An adorable addition to your bedroom play. The Temptasia Bunny Tail Pom Plug is cruelty-free and easy to wear. Show off your tail during your role-play and don’t forget to give it a little shake!

I bid you a good scene, dear role-player

Whether it ends in a fit of giggles, orgasms, or a good story, I wish you the best on your role-play adventure. It’s truly an act everyone is capable of trying, and one you may find you enjoy. Flex your imagination, get in character, and indulge with your partner!

Written by Tawney Seren. She is an author of fantasy, horror, erotica, and sex education novels. Find more of her work by visiting Open Bobs BB, where she blogs about sex education and sex toys!